The 2-minute clip has already gotten more than 1.2 million views on YouTube since it was released early Sunday.

“Oscar winner Jordan Peele disrupted and redefined modern horror with “Get Out” and then ‘Us.’ Now, he reimagines the summer movie with a new pop nightmare: the expansive horror epic, ‘Nope,'” a message from the studio said.

“The film reunites Peele with Oscar winner Daniel Kaluuya, who is joined by Keke Palmer and Steven Yeun as residents in a lonely gulch of inland California who bear witness to an uncanny and chilling discovery.”

Sunday’s preview shows a ranch house in the middle of nowhere losing electricity at night, while mysterious lights loom at a distance. It also features horses bolting in fear, men and women looking nervously at the sky, dust swirling and one person seemingly sucked up into the clouds. 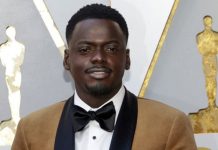