LOS ANGELES, July 29 (UPI) — In the trailer for the upcoming Mel Gibson-directed “Hacksaw Ridge,” Andrew Garfield stars as Desmond Doss, a conscientious objector who refused to fight during the Battle of Okinawa.

Based on a true story, Doss — a Seventh Day Adventist — refused to fire a weapon during the Battle of Okinawa in World War II. Instead he single-handedly saved the lives of 75 of his fellow soldiers without firing a shot.

Doss was awarded the Medal of Honor by President Harry S. Truman for his lifesaving efforts. 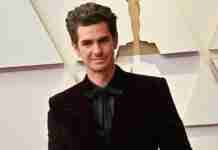