March 1 (UPI) — A photo of White House senior adviser Kellyanne Conway sitting with her feet on an Oval Office sofa sparked a wide range of comments on Twitter.

The photo, taken Monday by press photographers, shows Conway kneeling on the couch as she snaps a cellphone picture of President Donald Trump meeting with the heads of historically black colleges and universities.

Comments on Twitter ranged from outrage that she was being disrespectful to the guests to the comedic as the least of America’s worries.

“Kellyanne Conway is treating the Oval Office like her own living room. Looks like she’s settling in for a night of bingewatching Scandal,” former Star Trek star George Takei wrote.

“If Kellyanne Conway’s feet on a couch is the worst thing that happens to you, might I suggest helping at a food bank to see real life probs,” tweeted J.R. Salzman.

Dumb Bozo joked, “Kellyanne Conway is sitting weirdly on an Oval Office couch to distract you from the Bowling Green Massacre.”

Matt Ford also saw the controversy as a distraction, but one that takes away from the recent Best Picture flub at the Oscars. “The Kellyanne Conway couch photo is just a distraction from Warren Beatty setting up Faye Dunaway to take the fall last night,” he wrote.

Last Week Tonight writer Josh Gondelman noted, “I will only be able to get mad at the way Kellyanne Conway sits on a couch if it turns out she’s hiding of Trump’s tax returns under her.” 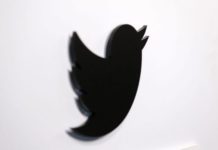