UNIVERSAL CITY, CALIFORNIA, October 20, 2015 — (Gephardt Daily) — The terror of “Halloween Horror Nights” seeps into November for the first time ever as Universal Studios Hollywood extends its popular event with the addition of Friday, November 6 and Saturday, November 7, inviting guests to brave Southern California’s most extreme horror event one last time.

The cutting-edge Halloween event marks new nights with all-new content, including performances by the versatile dance group, Academy of Villains, and the talented DJ Ricky Rocks.

Hailed as the scariest, most gruesome annual Halloween theme park experience in Southern California, “Halloween Horror Nights” brings together the sickest minds in horror to immerse guests in a living, breathing, three-dimensional world of terror inspired by TV and film’s most compelling horror properties.

Energetic hip-hop dance performances by the ‘Jabbawockeez’ headlining this year’s new show have proven so popular that Universal Studios Hollywood has added a special meet and greet opportunity for fans as part of its “Halloween Horror Nights” experience. These additional nights also provide guests with a last chance to see the award-winning dance crew before they depart Los Angeles for sold-out performances at the MGM Grand Las Vegas.

The additional “Halloween Horror Nights” will keep its pulse on the beat with the inclusion of the multitalented and versatile Academy of Villains theatrical dance company renowned for their intense choreography, jaw-dropping stunts and spectacular illusions.

Innovative DJ, drummer and percussionist Ricky Rocks will also add to the spellbinding atmosphere when he brings his distinctive sounds to the final days of “Halloween Horror Nights” and further amplifies the energy of the event.

Tickets for the event can be purchased at www.HalloweenHorrorNights.com/hollywood, including a Front of Line ticket option which enables guests to enjoy priority access to each “Halloween Horror Nights” maze, “Terror Tram,” Jabbawockeez show and theme park attractions. Advance purchase is recommended as event nights will sell out.

Imaginative scare zones continue to weave the terror together as guests navigate the mazes and include “The Purge: Urban Nightmare,” “Exterminatorz,” “Corpz” and “Dark Christmas.”

As a complement to the nighttime event, Universal’s most popular rides and attractions are open to guests.

Check out Tony Toscano’s visit to Universal Studios “Halloween Horror Nights” as he takes you through the “Insidious: Return to the Further” haunted house! 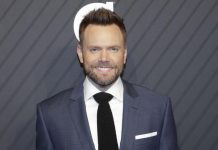 Joel McHale: New Netflix show will ‘make fun of everything’ 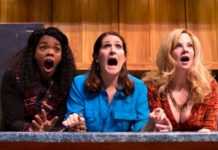