TOPANGA, Calif., July 26, 2022 (Gephardt Daily) — Earlier reports of the death Tony Dow, the 77-year-old “Leave It to Beaver” actor, were mistaken, according to his family.

A 2:33 p.m. update Tuesday on one of Dow’s social media pages says his wife told page administrators Dow had died:

“This morning Tony’s wife Lauren, who was very distraught, had notified us that Tony had passed and asked that we notify all his fans. As we are sure you can understand, this has been a very trying time for her.

“We have since received a call from Tony’s daughter-in-law saying that while Tony is not doing well, he has not yet passed. Tony’s son Christopher and his daughter-in-law Melissa have also been by his side comforting him, and we will keep you posted on any future updates.”

A subsequent update from Dow’s son, Christopher, confirmed the report:

“This is a difficult time. Dad is at home, under hospice care, and in his last hours. My wife and I are by his side along with many friends that have visited. He has a fighting heart.”

Jerry Mathers who starred with Dow on “Leave It to Beaver” (1957-1963) earlier shared a tribute to Dow, calling him “the kindest, most generous, gentle, loving, sincere, and humble man, that it was my honor and privilege to be able to share memories together with for 65 years. Tony was so grateful for all of the love and support from our fans across the world.”

We are guessing that tribute still stands. 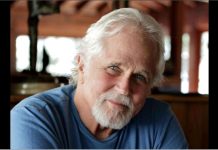