HOLLYWOOD, Calif., Feb. 12, 2016 (UPI) — The Walking Dead star Melissa McBride says she looks forward to watching fresh installments of the zombie-apocalypse drama on Sunday nights just like the rest of its fans.

The actress, who has played battered-wife-turned-warrior-protector Carol on the iconic show for six seasons, spoke to UPI by phone this week about her love of the series and her co-workers, her character’s nuanced evolution over the years and Carol’s chemistry with reluctant hero Daryl [played by Norman Reedus.]

She also touched on the adversarial relationship of Carol and Morgan [played by Lennie James], who were last seen in an epic showdown in the mid-Season 6 finale — trapped in a house together and arguing about what to do with a prisoner as walkers overrun the Alexandria safe zone.

Carol and Morgan have opposing views on how to handle bad people. As we go into Sunday’s mid-Season 6 premiere, where are they?

Carol thinks we have to eliminate the threat. There is no time for anything else. If there is a threat, then we have to eliminate it and, of course, Morgan’s stance is all life is precious, people can be turned around like he was and that’s just not working and they are, literally, butting heads.

Is there a chance they might come to understand a glimmer of the other’s perspective?

When I think about Carol and all of the stuff that she’s had to do or even anybody in the group, having to do what they have to do and that means taking a life… [Steven Yeun’s character] Glenn has taken another route, but it’s never easy and it’s against the grain of humanity and I think every time something like that happens, you kind of shred a little piece of yourself away and then you get in the quiet safe zone — for a few minutes any way — and you have time to reflect and when you start to feel some sense of loss, there is still that yuck residue of what you’ve done left on you.

It’s made its mark and that’s very hard to live with. It would be so easy if it could be like Morgan says. Wouldn’t that be just so nice? But she knows better. Her experiences have taught her it’s not that easy, but it’s also very difficult to live with yourself without that hope. Also, I think about her carrying around what she’s done that other people don’t know about. In particular, having to put Lizzie down. Nobody knows and she knows what she is capable of. If she has to do it, she would and that’s a hard thing to deal with.

Carol has changed so much since viewers first met her. As an actress, what is like to have this much time to develop a character?

It’s hugely satisfying playing this character and exploring the evolution that these writers have come up with for her. She’s complicated and I love that and she is multi-dimensional and I think just where she comes from, her back story, her past that we got some glimpses of. Particularly early… Well, throughout the series, we kind of learn a little more about where she came from.

It was played out in Season 1, a little bit of that. But you think of what it took for someone like her to survive pre-apocalypse and she’s carried some of those maneuvers forward, which I know has helped her survive here.

And, at the same time, it makes me sad for her because I think back to pre-apocalypse times to the disguises that she wore; who she was when she was around other women. … Just having to wear a mask for different people and that makes me sad for her. I just want her to be herself, but now this is part of who she is.

Do you get why so many fans are hoping for a Carol and Daryl romance?

They do have a chemistry. They have a natural bond. They share similarities from where they came from. … It’s obvious. It’s in the words. It’s in the scenes that they play out. Also, there’s the chemistry that a portion of the audience resonates with and I think they want it solidified, what they imagine in their minds to be or hope for. They would like that to be solidified somehow in a more tangible way or in a way that’s more evident.

There’s something to be said for a slow boil…

For some. And, for others, it’s frustrating, but that is the nature of storytelling. They’re feeling something and they want something and they anticipate something and sometimes it happens when you turn the page and sometimes you turn the page and it didn’t happen. I don’t know what the answer is. It hasn’t happened, but that is the nature of storytelling and entertaining and one’s imagination and it’s very different for everyone how to interpret things. And that’s, I think, the beauty of it all.

Several “Walking Dead” cast members — including you, Laurie Holden and Jeffrey DeMunn — appeared in director Frank Darabont’s 2007 movie “The Mist.” So, were you the first actors he called when he became the first “TWD” showrunner?

Frank has a reputation for carrying some actors along to projects that he does and that feature people he really enjoys working with. … I was very surprised that I was called to participate in this television show that he was working on. At that time, it had six episodes and all six episodes were considered to be the pilot and nobody knew what was going to come of it. I certainly didn’t know. I had my ideas that the character I was playing would not last long at all.

Are you surprised to still be here six seasons on?

I don’t hope too far in the future. I’m just having a good time, while I am doing what I am doing and I feel like I can’t really predict any outcome. I have the kind of personality that just kind of goes with the wind.

What do you think about what a phenomenon the show has become?

Looking back from where we first started, just not knowing and then it took off like a wildfire and it’s still succeeding and it’s still very popular. I guess it is surprising, in a way. Then again, I know what goes into shooting it. I know how dedicated everyone is. This amazing crew that comes together week after week, year after year. The same people want to come back and work on the show.

The evolution and the arcs and the storytelling that’s been happening. I’m grateful and I’m surprised and, on the other side, I am kind of not. … I love it and it’s a big deal to me and I see the value in it and I watch the show like a viewer — like all the other viewers. I watch it every Sunday when it comes on and I love the show. … I love the cast that I get to work with and I want to see the scenes that they’re in — like, how does it translate from the paper script? 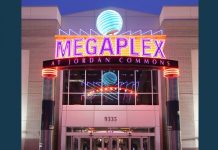