The 57-year-old actor confirmed he’s recovering from the disease in a Reddit AMA last week after denying Michael Douglas‘ claim that he has advanced oral cancer.

“He was probably trying to help me cause press probably asked where I was these days, and I did have a healing of cancer, but my tongue is still swollen although healing all the time,” Kilmer said of Douglas’ remarks.

“Because I don’t sound my normal self yet people think I may still be under the weather,” he explained.

Douglas, who co-starred with Kilmer in the 1996 movie The Ghost in the Darkness, was at a Q&A in October when he commented on Kilmer’s health. The 72-year-old actor beat stage 4 oral cancer himself.

“Val was a wonderful guy who is dealing with exactly what I had, and things don’t look too good for him. My prayers are with him,” he said. “That’s why you haven’t heard too much from Val lately.”

“Michael Douglas wrote me a nice note apologizing for suggesting to the press overseas, I ‘wasn’t doing too well…’ and was grateful to hear I am doing well. He’s a classy guy,” the actor said. 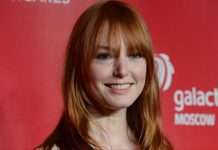 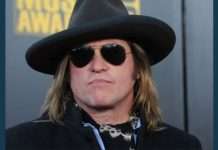 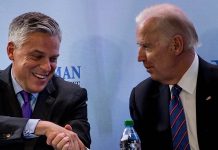