June 13 (UPI) — Vanessa Hudgens has joined an upcoming reading of the “The Notebook” musical adaptation.

“The Notebook” musical is based on the Nicholas Sparks novel of the same name, which was previously adapted as a 2004 movie starring Rachel McAdams and Ryan Gosling. Singer-songwriter Ingrid Michaelson announced plans for the musical in January.

Kilgore, an actress known for her Tony-nominated role in the Broadway revival of “Once on This Island,” celebrated her casting in “The Notebook” reading Thursday.

“Hi @VanessaHudgens I love you and I’m dead,” she tweeted.

Hudgens came to fame in the Disney Channel “High School Musical” movies. She has since starred in Gigi on Broadway and Fox’s productions of “Grease: Live” and “Rent: Live.” 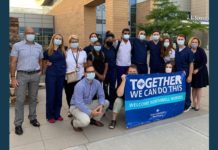 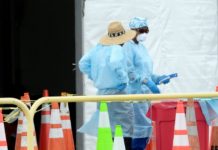