March 25 (UPI) — GameStop announced plans to close more than 100 of its retail stores worldwide following a drop in sales.

The American video game retailer announced it will close at least 150 of its 7,500 brick-and-mortar stores as the company’s shares fell more than 12 percent on Friday afternoon.

GameStop reported that sales of video game hardware had declined 29.1 percent and new software sales fell by 19.3 percent during the fourth quarter.

“We encountered stiff headwinds as we completed the third year of the console cycle,” GameStop CEO Paul Raines said, according to USA Today.

The Texas-based company dropped 13.6 percent in total sales to $3.05 billion from 2016, citing weak sales of some blockbuster video games during the holiday season and “aggressive console promotions” by other retailers such as Target and Wal-Mart.

GameStop said its video game category had become “weak” as consumers move toward purchasing games from digital storefronts and primarily online retailers such as Amazon.

Despite the losses in video games sales the company posted a 44 percent increase in sales for its Technology Brands business, which includes cellphone retailers like Spring Mobile. GameStop also saw growth in its collectables business, including apparel retailer ThinkGeek, which increased by 28 percent.

“We believe that providing only annual guidance will reduce investor distraction as we continue to diversify the company and seek to maximize long-term shareholder value,” he said. 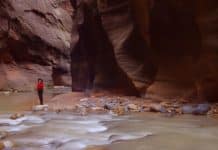 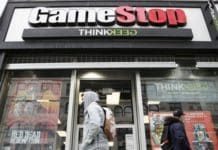