WASHINGTON, August 27, 2015 (Marilyn Malara) — An ad promoting heavy metal band Disturb’s upcoming album has been pulled from circulation by Warner Bros. in the wake of this week’s news crew shooting.

The advertisement featured footage from the band’s music video for “The Vengeful One,” which depicts an otherworldly being shooting everyone in television station run by robots. The pre-roll ad previously played before web-based news videos, USA Today reports.

The single stems from the band’s new album Immortalized.

“The Disturbed ad was served via retargeting,” said Gogi Gupta, founder of the online marketing agency in charge of circulating the ad. “Retargeting ads are matched to previous web-browsing behavior, so only a visitor who had interacted with Disturbed websites would be eligible to see this ad.”

“The content of the video is irrelevant in this type of advertising because we know that they are Disturbed fans. There was no use for key words or any other kind of targeting for this particular ad.”

Two journalists for WDBJ7-TV — Adam Ward, 27, and Alison Parker, 24, were murdered while filming a live interview Wednesday morning. The man suspected of shooting the videographer and news reporter shot himself during a later confrontation with police, he later died at a Virginia hospital.

The gunman was identified as Vester Flanagan, a former employee of the news station. 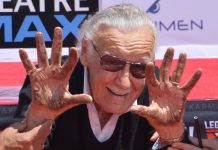