The screen musical features Ansel Elgort, Rachel Zegler and Ariana Debose. Rita Moreno, who won an Oscar for her portrayal of Anita in the original 1961 film, plays a new character in the remake.

This weekend’s Top 10 movies grossed a total of about $40.2 million. Last weekend’s Top 10 racked up about $46.4 million in receipts when “Encanto” was the No. 1 movie in the United States and Canada. 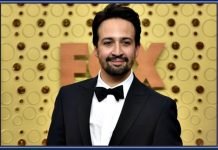