The 27-year-old rapper performed “See You Again” with Charlie Puth on piano and Lindsey Stirling on violin. Clips from Walker’s final film, “Furious 7,” played in the background, and the trio received a standing ovation.

Puth penned the track as a tribute to Walker, who died in a car crash in November 2013, for the “Furious 7” film and soundtrack. The single was released in March, and went on to top the Billboard 100.

Khalifa released his fifth studio album, “Blacc Hollywood,” in August 2014, while Puth debuted his first EP, “Some Type of Love,” earlier this month. Stirling came to fame on NBC reality competition “America’s Got Talent,” and last released “Shatter Me” in April 2014. 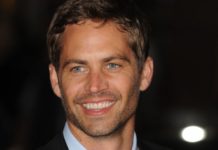 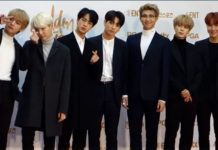