Zendaya is in early negotiations to join the project based on Frank Herbert’s series of novels. A “Dune” film from David Lynch was originally released in 1984.

The actress is being eyed for the role of Chani, the love interest of Paul Atreides who is set to be portrayed by Timothee Chalamet.

Oscar Isaac as Duke Leto Atreides, Dave Bautista, Rebecca Ferguson, Charlotte Rampling as Reverend Mother Mohiam and Stellan Skarsgard as Baron Harkonnen round out the rest of the all-star cast.

Villeneuve is writing the script alongside Eric Roth and Jon Spaihts. Production on the film is expected to begin in the spring in Budapest and Jordan.

Zendaya will next be seen in upcoming superhero sequel “Spider-Man: Far From Home” and in HBO series “Euphoria.” 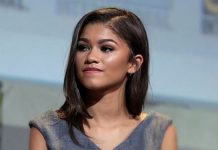