March 8 (UPI) — High-resolution brain imaging can be used to show memory proficiency between older and younger adults, according to University of California researchers.

Using magnetic resonance imaging, researchers at the University of California, Irvine, found patterns in memory loss during two tests of memory, an object memory task and a location one.

“This suggests that not all memory changes equally with aging,” lead author Zachariah Reagh, who participated in the study as a graduate student at UCI and is now a postdoctoral fellow at UC Davis, said in a press release. “Object memory is far more vulnerable than spatial, or location, memory — at least in the early stages.”

As people get older, they often wonder whether its part of the normal part of aging or signs of early stages of a severe disorder such as Alzheimer’s disease. Other research has shown that spatial memory and navigation problems are among problems that crop up for individuals that are progressing toward Alzheimer’s disease.

The Irvine study, published in the journal Neuron, included 20 people between ages 18 to 31 and another 20 cognitively healthy older adults between 64 and 89.

While their brain was scanned, the participants were asked to perform the two tasks. By looking at blood flow, investigators were able to determine which parts of the brain the subjects were using for each activity.

In the first task, participants looked at pictures of everyday objects and then were asked to distinguish them from new pictures.

“Some of the images were identical to ones they’d seen before, some were brand-new and others were similar to ones they’d seen earlier — we may have changed the color or the size,” said Michael Yassa, director of UCI’s Center for the Neurobiology of Learning & Memory and the study’s senior author. “We call these tricky items the ‘lures.’ And we found that older adults struggle with them. They’re much more likely than younger adults to think they’ve seen those lures before.”

In the second task, they were asked to determine whether the location of objects had been altered. Older adults fared quite a bit better than in the prior task.

“This suggests that the brain aging process is selective,” Yassa said. “Our findings are not a reflection of general brain aging but rather of specific neural changes that are linked to specific problems in object but not spatial memory.”

During the brain scan, researchers establish a cerebral mechanism for that deficit in object memory.

It was linked to a part of the brain called the anterolateral entorhinal cortex. This area mediates parts of the brain where information is first encoded and parts involved in long-term storage. This area is also severely affected in people with Alzheimer’s disease.

Researchers did not find age-related differences in another area of the brain connected to memory, the posteromedial entorhinal cortex. This region plays a role in spatial memory, and which older participants were not significantly impaired.

Researchers want to expand their work to 150 older adults who will be followed over time.

“We hope this comprehensive imaging and cognitive testing will enable us to figure out whether the deficits we saw in the current study are indicative of what is later to come in some of these individuals,” Yassa said.

“Our results, as well as similar results from other labs, point to a need for carefully designed tasks and paradigms that can reveal different functions in key areas of the brain and different vulnerabilities to the aging process,” Reagh added. 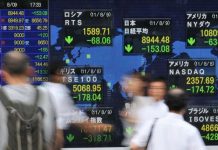