For starters: yet another drop was seen in doctor visits, and less severe strains of influenza are becoming ever more dominant.

But hospitalizations for the flu are still a problem, and there have been additional pediatric deaths, the latest federal numbers show.

For the seventh week in a row, there was a decrease in the number of doctor visits for flu-like illness, the U.S. Centers for Disease Control and Prevention reported Friday.

Pediatric flu deaths are also still increasing slightly, with an additional four deaths reported for the week ending March 24. That brings the season’s total to 137.

CDC officials have pinpointed one reason why this flu season has been so tough: the flu vaccine has been only 25 percent effective against the more severe H3N2 influenza, which caused most flu cases this year.

Among children aged 6 months through 8 years old, however, the vaccine’s effectiveness has been 59 percent, the agency reported.

Despite the poor match of the vaccine to the most common strain of flu, the CDC is still urging people who haven’t gotten a flu shot to get one, because the vaccine is more effective against other types of flu.

The flu shot’s overall effectiveness against all strains was pegged at 36 percent, the CDC said.

The CDC recommends that everyone aged 6 months and older get a flu shot.

The U.S. Centers for Disease Control and Prevention has more about the flu. 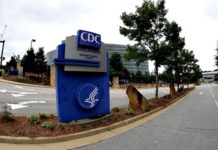 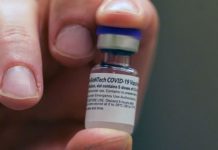