FRIDAY, March 16, 2018 (HealthDay News) — Coffee has been tied to many health benefits. Now, a small study suggests a daily java habit may affect the body’s metabolism more extensively than thought.

The study, of 47 adults, found that heavy coffee consumption — four to eight cups a day — altered blood levels of more than 100 metabolites. That refers to a broad range of chemicals that change after eating or drinking.

Many of the effects were expected, researchers said, but a few were surprising.

For example, coffee cut levels of certain metabolites related to the endocannabinoid system — the same system affected by marijuana. This reduction is the opposite of what happens when you take pot, the researchers said.

What does it all mean? That’s not clear.

But many studies have found that coffee drinkers typically have lower risks of various diseases than nondrinkers do, explained Marilyn Cornelis, the lead researcher on the new work.

“But most of those studies are just looking at associations,” said Cornelis, an assistant professor of preventive medicine at Northwestern University’s Feinberg School of Medicine in Chicago. “They looked at people’s self-reported coffee intake and their risk of disease.”

This study, she explained, tried to “get more at the mechanisms — the biology that might be underlying those associations.”

The findings, published March 15 in the Journal of Internal Medicine, come from a clinical trial that involved 47 Finnish adults. All were habitual coffee drinkers.

Researchers had them abstain from coffee for one month, then drink four cups per day the next month, and eight cups a day the following month. Blood samples were collected at the end of each month.

But her team also spotted some previously unknown effects. Besides the endocannabinoid changes, there were shifts in certain metabolites related to the steroid system and fatty acid metabolism. The steroid system includes cholesterol and hormones such as testosterone and estrogen.

Whether there are implications for people’s health, however, is unknown.

“We hope that this will be hypothesis-generating,” Cornelis said. Future studies, she explained, could dig into the connection between coffee and endocannabinoid metabolites, for example — to see whether it helps explain why coffee drinkers have lower risks of certain diseases.

The endocannabinoid system helps regulate a range of body functions, Cornelis noted. These include blood pressure, sleep, appetite and calorie-burning. Coffee has been linked to better weight control and it’s possible, she said, that its effects on endocannabinoids play some role.

She said the effects of coffee were the opposite of what you’d expect with marijuana — which is a famous trigger of the “munchies.”

For now, though, it’s hard to know what to make of the findings, said Angela Lemond, a spokesperson with the Academy of Nutrition and Dietetics. She was not involved with the research.

The study was small, Lemond said, and it set up an artificial situation where people went from no coffee to four cups a day, then jumped to eight daily.

“That’s going from zero caffeine to about 400 milligrams a day, then 800,” Lemond pointed out.

It’s not clear, she said, whether the metabolite changes reflect what happens with people’s typical coffee-drinking habits.

Right now, Lemond noted, U.S. dietary guidelines say that adults can safely consume up to 400 milligrams of caffeine a day — or, roughly, what these study participants downed in month two.

But if you do drink that much coffee, you should not load it with cream and sugar, Lemond stressed.

“You also need to look at your total day,” she said. “People often don’t realize what their caffeine intake is from sources like soda or tea.”

Beyond that, Lemond said, people should think about caffeine’s impact on their anxiety levels or sleep problems.

If you drink coffee in lieu of sleep, she noted, that’s a problem.

“So many people are sleep-deprived,” Lemond said. “Even if there is a health benefit from coffee, that sleep deprivation will cancel it out.”

The U.S. Department of Agriculture has more on caffeine intake. 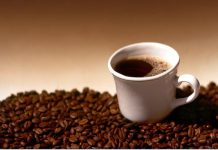 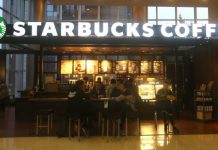 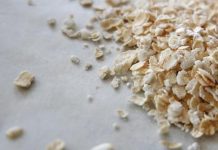