WASHINGTON, Oct. 23 (UPI) — Childhood malnutrition in the United States is a problem a pediatricians organization says is not being reported by parents and going unnoticed by doctors — mostly because of embarrassment.

The American Academy of Pediatrics issued a policy statement, published in the journal Pediatrics, recommending doctors ask children if they are hungry and help their parents get food assistance through state and federal programs.

The U.S. Department of Agriculture estimates at least 14 percent of households in the United States in 2014 were food insecure, or lacking consistent access to adequate food. Twenty-one percent of children in the country — about 16 million — live in these households, and 30 percent of families who report they are food insecure have had to choose between food and medical care, the AAP wrote in its statement.

“We are in the midst of a nutritional crisis in our country, and when you’re in a crisis, you can’t keep doing what you’ve always done,” Dr. Sandra Hassink, president of the AAP, said in a press release. “That’s why pediatricians are taking a comprehensive approach, connecting families to resources and advocating to keep federal nutrition programs like WIC and SNAP strong. It will take all of us — pediatricians, parents, government leaders, educators — partnering together, to do our best to ensure that no child goes hungry in this country.”

“The demographic of food-insecure Americans extends beyond the areas of concentrated urban poverty and into suburbs and rural America, areas often mistakenly thought to be immune to this problem,” the authors write in the policy statement. “Like poverty, food insecurity is a dynamic, intensely complex issue.” 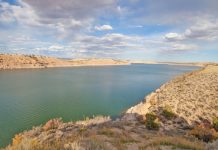