May 16 (UPI) — Drinkers often believe alcohol greatly alters their personality. But as a new study showed, their peers observe smaller differences between “drunk” and “sober” personalities.

The findings suggest imbibers may overestimate the effects of alcohol on their personality.

“We were surprised to find such a discrepancy between drinkers’ perceptions of their own alcohol-induced personalities and how observers perceived them,” Rachel Winograd, a psychological scientist at the University of Missouri, St. Louis, said in a news release. “Participants reported experiencing differences in all factors of the Five Factor Model of personality, but extraversion was the only factor robustly perceived to be different across participants in alcohol and sober conditions.”

Researchers suggest the discrepancy is understandable. The findings, published in the journal Clinical Psychological Science, aren’t necessarily proof of dishonesty and delusion.

Each person is offering a perspective true and unique to them. Outside observers are describing what they see, while the drinker may experience personality shifts that aren’t perceptible externally.

Winograd and her colleagues had study participants fill out personality questionnaires. Each person described their “typical sober” personality and “typical drunk” personality.

In follow up tests, participants came to the lab in groups of three or four. The groups consumed alcoholic and non-alcoholic drinks for 15 minutes before working through a series of group activities designed to trigger a variety of behaviors and personality traits.

Participants completed personality surveys during the group sessions, while outside observers used video to rate each participants personality traits.

Observers did, however, agree with drinkers about one trait: Alcohol had a noticeable affect on participants’ extraversion.

“Of course, we also would love to see these findings replicated outside of the lab — in bars, at parties, and in homes where people actually do their drinking,” says Winograd. “Most importantly, we need to see how this work is most relevant in the clinical realm and can be effectively included in interventions to help reduce any negative impact of alcohol on peoples’ lives.” 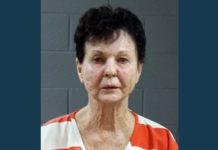 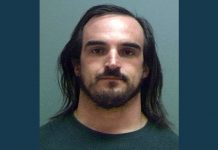