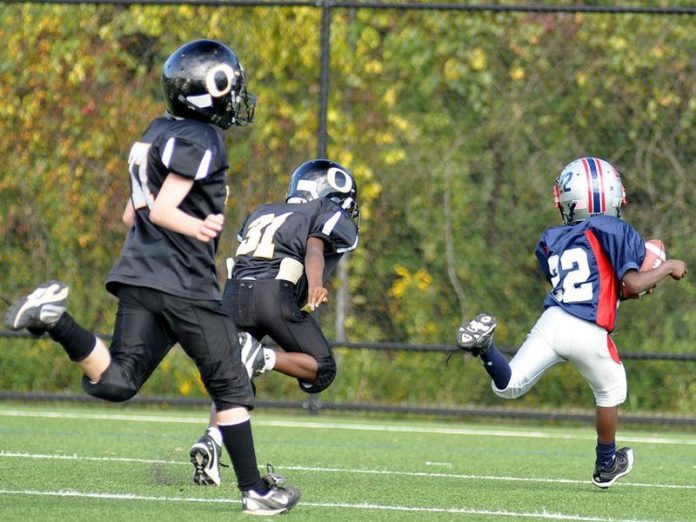 The finding is based on a comparison of head impact frequency and impact force among groups of kids between the ages of 9 and 13 playing football in one youth football organization. Head impacts were tracked during practices and varying levels of competitions over four football seasons.

“By recording more than 40,000 head impacts, this study represents the largest collection of biomechanical head impact data for youth football to date,” Urban said in a Wake Forest news release.

All players were outfitted with helmet sensors to record impact type, number and force.

The investigators found that roughly two-thirds of all head impacts actually occurred during practice, rather than games. However, the force of the impacts during games was stronger.

The number of impacts during games was also higher among older kids.

And overall, the oldest group of kids experienced a significantly greater number of head impacts than either of the two younger groups.

“Our results are consistent with prior studies of high school and college athletes showing that head impact exposure increases with increasing age and level of play,” Urban said. “But they also show significant differences from one level to the next in a single youth organization.

“This strongly suggests that all youth football players should not be grouped together when studying head impact exposure and injury risk,” she added, “especially since youth football leagues accommodate players ranging in age from five to 15.”

The study was published in the June issue of the Journal of Neurotrauma.