Sept. 15 (UPI) — A new survey shows both Democratic and Republican voters rank healthcare as the most important issue for Congress to address before the end of the year — but for different reasons.

In the Politico/Harvard poll, healthcare topped the agenda for constituents of both parties. Among Republican voters, 54 percent agreed it was “an extremely important priority” to repeal and replace the Affordable Care Act — something the GOP-controlled Congress has so far failed to do. Just 18 percent of Democrats and 21 percent of independents agreed.

Among Democratic voters, 51 percent rated lowering prescription drug costs as extremely important — the highest number of 10 issues included in the survey. That sentiment was shared by 30 percent of GOP voters and 36 percent of independents.

Another issue facing Congress, the ongoing investigations into Russia’s interference in the 2016 election, divides voters along party lines. Forty-four percent of Democrats said the probes were extremely important, but only 1-in-10 Republicans and 18 percent of independents agreed.

Support for a border wall to limit illegal immigration, one of President Donald Trump‘s signature campaign promises, had little fervent support among voters in any of the three groups. Among Republicans, 28 percent said building the wall was extremely important. Only 6 percent of Democrats and independents agreed.

The poll was conducted from Aug. 30 to Sept. 3 and surveyed 1,016 adults. It carries a margin of error of 3.8 percentage points. 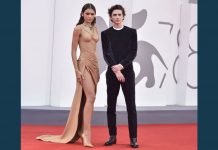