June 1 (UPI) — Mylan, maker of EpiPens, has previously been the target of public outrage. Now, the company has earned the ire of lawmakers and investors.

On Wednesday, Senator Chuck Grassley, R-Iowa, shared a letter from the Health and Human Services Office of Inspector General showing taxpayers overpaid the drug-maker a total of $1.27 billion for EpiPen anti-allergy devices over the last ten years.

In previous statements released by the company, Mylan suggested it had overcharged the Medicaid drug payment program a total of $465 million.

“The fact that the EpiPen overpayment is so much more than anyone discussed publicly should worry every taxpayer,” said Grassley, chairman of the Senate Judiciary Committee.

After Mylan and the federal government agreed to the $465 million settlement for the company’s fraudulent accounting last October, Grassley complained that the penalty was too small and requested records of the drug maker’s overcharges.

HHS OIG, the largest inspector general’s office in the federal government, offered Grassley documents showing the Centers for Medicare and Medicaid Services told Mylan it was misclassifying EpiPens as a generic treatment, excluding the device from steeper discounts.

Despite the warning, the drug company, which acquired the rights to sell EpiPens in 2007, continued to misclassify the device for several more years.

Mylan took heat last year for raising the price of the EpiPen six-fold to a total of $600 for two pens. The pens are epinephrine autoinjectors used to combat anaphylaxis, a serious and sometimes life-threatening allergic reaction. Each pen can only be used once.

Grassley isn’t the only one upset at the drug-maker. On Tuesday, investors with several large pension funds announced plans to block the reelection of several Mylan board members who they say are overpaid.

“Mylan’s board reached new lows in corporate stewardship in 2016 when it agreed to make extraordinary and egregious payments in 2016 and over the next five years,” investors wrote in the letter made public on Tuesday. 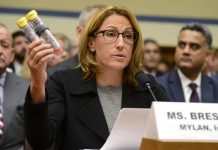 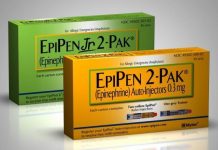 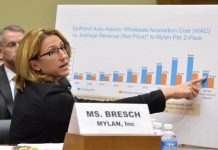