WASHINGTON, Feb. 25 (UPI) — Sperm created in a lab was used to fertilize an a mouse egg, leading to healthy baby mice that have reproduced, according to a new study.

Using the technique in humans is far off, as the scientists said getting mice to grow and reproduce is different than doing so for people. Part of the reason, they say, is they’re unsure of the longer-term effects of genetic changes involved with creating the sperm.

“All the offspring were healthy and fertile,” Xiao-Yang Zhao, a professor at the Chinese Academy of Sciences, told The BBC, adding that ethical concerns and “possible risks” should be explored and ruled out before attempting to create and use human sperm.

For the study, published in the journal Cell: Stem Cell, scientists guided embryonic stem cells to differentiate into the precursors for sperm cells.

The sperm precursors were then put in a culture containing hormones and chemicals, leading them to undergo meiosis and become spermatids. Spermatids are a primitive form of sperm that, while containing the same genetic material, do not have tails or resemble natural, full-grown sperm.

The scientists inserted the spermatids into mice eggs, and implanted them into female mice. Out of 191 implanted, fertilized eggs, nine healthy adult mice were born, survived to adulthood, and were capable of reproducing.

In addition to finding another type of human cell to guide into differentiating as an embryonic one, scientists said a wide range of ethical considerations and practical risks of applying the experimental technique have to be explored.

“It’s a huge advance,” Nam Tran, a stem cell researcher at the University of California San Francisco who was not involved in the study, told The Scientist. “Whether or not that can apply to humans, that’s the next big leap.” 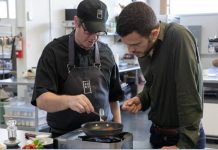 Meat grown in labs could hit the market this year 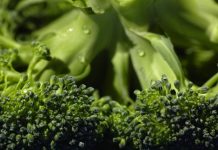