MONTREAL, Dec. 14 (UPI) — Children whose mothers take antidepressants during pregnancy, especially selective serotonin reuptake inhibitors, or SSRIs, have nearly double the chance of being diagnosed with an autism disorder before the age of 7, according to a recent study at the University of Montreal.

Researchers found mothers prescribed the drugs during the second and third trimesters of pregnancy, periods of critical brain development for a growing fetus, were at particularly heightened risk.

With depression predicted to be the second leading cause of death around the world by 2020, researchers said understanding the effects of antidepressants for women who need them while pregnant is important.

Although the study found antidepressants overall to increase the risk, the researchers suggest SSRI drugs especially need to be studied.

“It is biologically plausible that anti-depressants are causing autism if used at the time of brain development in the womb, as serotonin is involved in numerous pre- and postnatal developmental processes, including cell division, the migration of neuros, cell differentiation and synaptogenesis – the creation of links between brain cells,” said Anick Bérard, a professor at the University of Montreal, in a press release.

“Some classes of anti-depressants work by inhibiting serotonin, which will have a negative impact on the ability of the brain to fully develop and adapt in-utero.”

Researchers in the study, published in JAMA Pediatrics, analyzed data from the Québec Pregnancy/Children Cohort on 145,456 full-term infants born alive between 1998 and 2009, and their mothers’ medical records for at least 12 months before and during pregnancy.

Of the children born, 0.7 percent were diagnosed with an autism spectrum disorder at an average of 4.5 years old. After adjusting for other factors, including maternal history of depression, the researchers found children had an 87 percent greater chance of a diagnosis if their mothers had taken any antidepressant in the second or third trimester. If their mothers were treated with an SSRI, the risk more than doubled.

In an editorial published with the study in JAMA Pediatrics, researchers said previous studies have shown a family history of depression can increase the risk for autism spectrum diagnoses, in addition to studies showing depression and autism have some similar underlying risk factors.

Bérard said more research is needed to understand the effects of the drugs because of their widespread use, although Dr. Bryan King, who wrote the editorial, suggests more needs to be learned about depression, autism, and their possible underlying links before jumping to conclusions.

“Research shows that some of the genes that seem to carry the risk for depression are shared as risk factors for autism. So we can’t know whether it’s the drug exposure that carries the risk or the depression itself,” King, a professor of psychiatry and behavioral sciences at the University of Washington, told CBS News. “So, overall here we’re looking at a small incremental increase in risk if indeed one can even attribute it to the antidepressant exposure.” 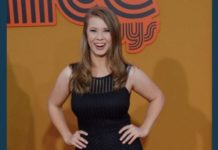