March 26 (UPI) — The measles outbreak has spread to 15 states throughout the country, and the number of cases through the first three months of 2019 is approaching the total number of cases for all of last year.

Rockland County on Wednesday declared a state of emergency due to the measles outbreak there, which reports 153 confirmed cases. Under the state of emergency, people under age 18 who have not been vaccinated for measles will not be permitted in public places.

While an outbreak is defined as at least three cases of measles, at least one case has been reported in Arizona, California, Colorado, Connecticut, Georgia, Illinois, Kentucky, Michigan, Missouri, New Hampshire, New Jersey, New York, Oregon, Texas and Washington, according to the Centers for Disease Control and Prevention.

The CDC has linked these cases to travelers bringing the virus back from other countries such as Israel and Ukraine.

Last year, 82 people brought the virus into the U.S. from other countries, representing the largest import of measles cases since 2000. Measles was announced as eliminated as a public threat by health officials in 2000.

In 2018, 17 outbreaks were reported throughout the U.S., including six throughout New York State and three in New Jersey, most of which started in Orthodox Jewish communities in those states. Many of those cases are linked to travelers who brought measles virus back from Israel, which experienced a massive measles outbreak.

Since October, communities in Brooklyn and Queens have reported 181 cases of measles.

In all, 98 countries around the globe reported a high number of measles cases in 2018, according to UNICEF.

The organization says this year’s global outbreak has been linked to vaccination hesitancy, a movement that has also swept through the United States.

Vaccination hesitancy grew from the anti-vaccination movement, which cautions parents against getting their kids vaccination shots for fear they cause autism.

The vaccination hesitancy scare began to spread on social media where parents have shared medically debunked misinformation of about the dangers of common inoculations like the MMR vaccine.

The Centers for Disease Control and Prevention recommends children between ages 1 and 6 get vaccinated. 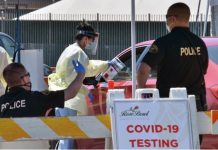 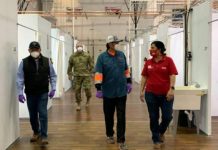 Navajo Nation COVID-19 outbreak predicted to peak in May 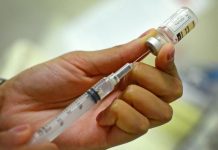