WHO Director-General Tedros Adhanom Ghebreyesus said a committee wasn’t able to come to a consensus about the seriousness of the outbreak, but he decided to declare the emergency regardless.

The designation means the WHO believes the rising monkeypox cases warrant a coordinated international response to prevent the outbreak from developing into a pandemic. As part of the declaration, the WHO will provide member states with guidelines and suggestions on how to battle the virus.

Tedros said the global risk is “moderate,” while it’s particularly “high” in Europe.

As of Thursday, there have been nearly 16,000 confirmed cases of monkeypox this year in 74 countries, according to WHO data. The cases have led to five deaths, all in Africa.

The United States has recorded more than 2,000 cases in 43 states. Earlier this month, the Biden administration announced it was releasing nearly 150,000 additional doses of a monkeypox vaccine from the national stockpile to fight the rising cases.

Monkeypox symptoms generally include several days of flu-like illness and swollen lymph nodes followed by a blister or pimple-like rash. It commonly spreads through direct contact with an infectious rash, scabs or bodily fluid or touching items that have previously touched a rash or fluid.

Monkeypox can also spread through respiratory secretions during prolonged face-to-face contact or during intimate physical contact such as kissing, cuddling or sex, according to the CDC.

The current outbreak has largely involved gay and bisexual men, many of whom recently reported having multiple or anonymous sex partners. 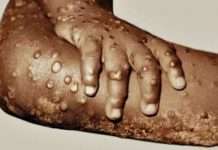 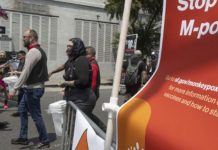