March 1 (UPI) — According to new research, a chimp’s grooming behaviors are instilled by his or her mother, and the ingrained behaviors last a lifetime.

“I think what it really shows is how strong the maternal influence is,” Richard Wrangham, a professor of biological anthropology at Harvard University, told the Harvard Gazette. “It’s very charming, really — our oldest-known son was almost 40 years old, still doing what his long-dead mother did.”

Wrangham and his colleagues focused on a distinct form of grooming called “high-arm grooming.” The behavior occurs during a regular grooming session. As two chimps groom each other, both raise their arms and either clasp hands or cross arms.

Each high-arm grooming session lasts an average of 45 seconds. Some chimps perform the behavior as much as ten times per day.

Grooming is universal among chimpanzees, but high-arm grooming is not. The behavior is totally absent from three well-studied populations, while rates of clasping and non-clasping vary among different populations.

To find out what drives the unique grooming behavior and its variations, researchers conducted a comprehensive analysis of the habit among several chimp populations. Scientists have previously hypothesized the behavior is a group signaling mechanism. Others have suggested the behavior is a sign of intimacy and friendship.

“What we’re showing with this paper is that none of the obvious possibilities figure out,” Wrangham said. “The pattern varies widely within the group, it’s not closely associated with friendship, it doesn’t vary by age or sex, and it does not depend on how long an individual has been in the community.”

What the latest observations showed is that chimps copy the grooming behaviors they were taught by their mother. As chimps spend the first 12 years of their life grooming exclusively with their mother, the pattern makes sense.

“Even when they’re adults, even after their mothers are long dead, they still do it the same way their mother did it,” Wrangham said. “This is the first time anyone has realized this, and the pattern is delightfully clear.”

While the findings are informative, they don’t exactly explain why chimps perform high-arm grooming in the first place. An answer might lie in instances of grooming conflict. When a non-clasper and a clasper groom one another, what determines which version of high-arm grooming wins out? Is it age or social dominance?

So far, evidence suggests some other factor is at play, Wrangham said.

“Eventually, I hope we can work out the social significance of this quirky behavior,” he said. “If we can find a pattern for which individual ‘wins’ when a clasper grooms with a non-clasper, maybe we will get a clue to why individuals do high-arm grooming at all.” 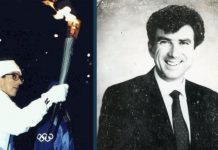 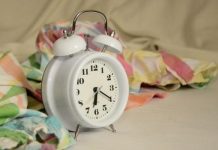