March 26 (UPI) — A new drug designed to treat advanced cases of multiple sclerosis delays progression of the disease in the short term, according to a Phase 3 clinical trial.

The drug’s manufacturer Novartis, said oral siponimod produced significant reductions in the risk of three-month primary condition and six-month confirmed disability progression when compared with a placebo, in addition to favorable outcomes in other relevant measures of MS disease activity. The company, based in Basel, Switzerland, made the announcement after results of the Expand trial were published last week in The Lancet.

“Today’s published, full Expand results show that siponimod can delay disability progression in typical established SPMS patients, where other approaches tested so far have been unsuccessful,” Dr. Ludwig Kappos, a University Hospital Basel and trial principal investigator, said in a press release. “These data are all the more impressive when considering that the majority of patients already had advanced disability when starting treatment in Expand.”

SPMS is a form of MS that leads to progressive, irreversible disability, including loss of physical and cognitive function.

For the study, which was the largest randomized, controlled study in SPMS ever, the researchers recruited 1,651 people with SPMS at 292 medical centers in 31 countries. The participants had a mean age of 48 years and were living with the condition for about 17 years.

Of those given the drug, 26 percent saw their condition worsen after three months, compared to 32 percent taking a placebo. Those taking siponimod also saw a 21 percent reduction to the risk of worsening walking or arm movements to the group taking the placebo.

The drug had no effect, however, on maintaining patients’ walking speed, and it carried side effects for some participants.

“This study is a landmark because it shifts the paradigm and shows that secondary progressive MS is modifiable,” Gavin Giovannoni, a professor at Queen Mary University’s Blizard Institute in London, said in a press release. “It gives hope to people with more advanced MS. We now have a treatment to slow down the inevitable worsening of disability that occurs in the secondary progressive MS phase of the disease.”

While the trial showed the drug was effective at delaying the effects of MS, Dr. Luanne Metz, from the University of Calgary in Canada, called the results disappointing and recommended a second trial to confirm whether the benefits extend beyond six months.

Kappos told the BBC that “although the results are not as good as we wanted to see, it is a very large study, which is robust.” 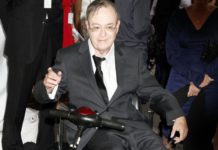 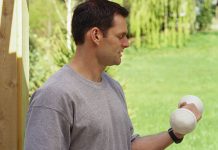