FAIRFIELD, Conn., April 29 (UPI) — An outbreak of mumps that was found at Harvard University two months ago has gotten worse, officials said Thursday, as a second outbreak has been reported at a college in Connecticut.

Officials said Thursday that at least eight people have been sickened by the virus at Sacred Heart University in Fairfield, in addition to at least 41 across the state border at Harvard. The last count at the Cambridge, Mass., university was 40.

Another 17 possible cases are being investigated, ABC News reported. So far, all students have fully recovered.

“I’m actually more concerned now than I was during any time of the outbreak, I have to say. I’m desperate to get students to take it seriously that they shouldn’t be infecting one another,” Paul J. Barreira, director of Health Services, told Harvard’s student newspaper, The Crimson.

Multiple other campuses have also seen the virus this spring — Boston University, the University of Massachusetts and Tufts University, officials said. Harvard first reported its outbreak on Feb. 29.

The rapid spread of mumps could even affect graduation ceremonies and other end of school year events, Barreira said.

“The concern is that if there’s a spike this week, that means those students expose others, so now we’re looking at a potential serious interruption to commencement for students,” he said. “Students will get infected, and then go into isolation.”

The mumps is a virus spread through saliva or mucus, the Centers for Disease Control and Prevention says. Although most are vaccinated as children, the measure does not provide full protection. Two doses of the vaccine are approximately 88 percent effective at preventing mumps and one dose is 78 percent effective, according to the CDC.

Martin Smith contributed to this report 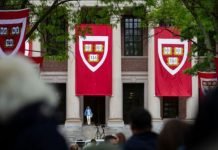 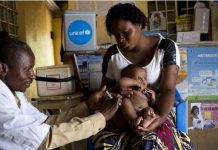 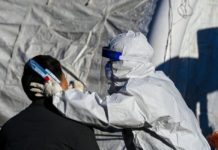