COPENHAGEN, Denmark, Aug. 25 (UPI) — Researchers found in a large study of data that long-term daily use of low-dose aspirin or non-steroidal anti-inflammatory drugs, or NSAIDs, may help protect against colon cancer.

While the protective effect was seen, researchers said that people should not start taking the painkillers on a daily basis unless it is under supervision of a doctor because the side effects of using NSAIDs for lengthy periods of time is not entirely known.

“For aspirin, you would have to take it fairly consistently, meaning at least every other day, for at least five to 10 years for the protective effect to even begin to appear,” Dr. John Baron, a professor of medicine at the University of North Carolina, told the Chicago Tribune. “That’s a significant amount of time for side effects to accumulate, all without getting any benefit.”

Researchers reviewed records on drug use, comorbid conditions and history of colonoscopy for more than 113,000 adults between the ages of 30 and 85 in Denmark between 1994 and 2011. The researchers were able to make comparisons between people who used low-dose aspirin or NSAIDs over a long period of time because most of those drugs require a prescription to buy.

When comparing the medical and drug histories of 10,280 patients with colorectal cancer against 102,800 patients who had not had the disease, researchers found that continuous long-term low-dose aspirin lowered the risk of cancer by 27 percent. Non-aspirin NSAID use was shown to reduce risk by 43 percent when taken continuously for a long period of time.

While data showed reductions in risk for colon cancer, the researchers note in the study that continuous low-dose aspirin users represented a small portion of participants in the study. They also reiterated that the long-term effects of years of taking either low-dose aspirin or any NSAID were relatively unknown.

“The protective association is certainly amazing, and it’s a good example of how everyday drugs can have unexpected benefits,” Baron said. “But there are also potential risks. I don’t think we should imply or recommend that these medications be taken for cancer prevention without working closely with a physician.”

The study is published in the Annals of Internal Medicine. 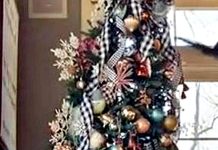 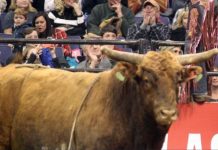