OXFORD, England, Aug. 22 (UPI) — Despite a campaign to inform the public of stroke symptoms, as well as raise awareness of strokes overall, researchers in England say most still have limited knowledge.

Nearly two-thirds of people in a study conducted by researchers at the John Radcliffe Hospital in Oxford waited to seek treatment for a stroke, delaying care for an adverse health even that requires immediate attention to minimize its long-term effects.

Doctors and researchers have long acknowledged that every minute a stroke patient does not receive treatment — among the most effective are clot-busting drugs which have become standard in the last several years — lowers the doctors’ ability to limit damage from the stroke, and lessens the potential for full recovery.

The Stroke Association started a campaign in 2009 in England to raise awareness of strokes in the hope people would sooner recognize whether they were having one and seek treatment.

While the National Stroke Strategy had some success, researchers say the acronym FAST, which stands for “Face Arm Speech Time” — the order of things affected by a stroke — may not have conveyed the most important part of the message.

“FASTER — Face, Arm, Speech, Time, Eyes, React — may be a better acronym for the public campaign,” Dr. Ashok Handa, an assistant professor of surgery at the University of Oxford and lead author of the new study, said in a press release.

For the study, published in the British Journal of Surgery, researchers analyzed 150 patients who presented with a confirmed minor stroke between June and October 2014, analyzing the progression of their symptoms and when they sought treatment.

Nearly all the patients — 92 percent — delayed going to the doctor and 58.7 percent did not think they were having a stroke.

With about a third of patients unaware of the National Stroke Strategy, the researchers recommend a more rigorous, more effective public campaign to help patients recognize stroke symptoms and seek treatment with greater speed.

“Two-thirds of patients were not aware they were having a stroke, one-third were unaware of the FAST campaign and nearly one-third presented with eye symptoms,” researchers write in the study. “Inclusion of eye symptoms and reaffirmation of the need to react might avoid unnecessary delays in the presentation of patients.” 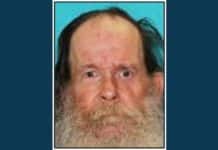 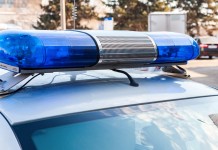 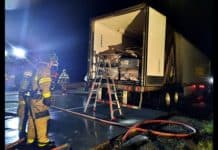