Aug. 11 (UPI) — Pakistan and Afghanistan have restarted polio vaccinations after their campaigns were interrupted by the COVID-19 pandemic months ago, the United Nations Children’s Fund said Tuesday.

Both nations stopped inoculating children against polio in March to focus efforts on the emerging coronavirus crisis. In the months since, there have been 34 polio cases in Afghanistan and 63 in Pakistan — some in previously polio-free areas.

The poliovirus, which enters the body through the mouth in contaminated food or water, causes the disease and can result in paralysis and death. It was eliminated decades ago in the United States and most countries. Afghanistan and Pakistan are the last two nations in the world that are still seeing a natural spread of the virus.

“These life-saving vaccinations are critical if children are to avoid yet another health emergency,” UNICEF Regional Director for South Asia Jean Gough said in a statement. “As the world has come to see only too well, viruses know no borders and no child is safe from polio until every child is safe.”

Gough said she’s hopeful polio will be eradicated in Afghanistan and Pakistan amid the challenges posed by COVID-19.

“We are committed to reaching every child,” she said.

Polio vaccines were first developed in the 1950s.

Fauci: Enough COVID-19 vaccines for all Americans by April 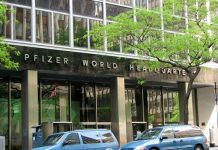 Pfizer CEO: Chances ‘quite’ good will know by October if vaccine works