June 3 (UPI) — A recent study provides evidence that recreational running may not only be good for your health, but may also have benefits for hip and knee joint health.

A team of international researchers from Spain, Sweden, the United States and Canada have identified a link between hip and knee osteoarthritis with running and the influence running intensity and years of running have on that link.

Researchers conducted a systematic review of 17 studies of 114,829 people on the relationship between running and arthritis on hip and knee joints and found that only 3.5 percent of recreational runners developed arthritis in their hips or knees in both male and female runners.

The study showed individuals who remained sedentary or did not run for exercise had a 10.2 percent rate of hip and knee arthritis. People who ran competitively had an even greater rate of arthritis at 13.3 percent.

Runners were considered competitive if they identified as professional/elite athletes or participated in international competitions.

The study found that recreational running for up to 15 years or more may have benefits for hip and knee joint health.

“The principal finding in this study is that, in general, running is not associated with osteoarthritis,” Dr. Eduard Alentorn-Geli, of the Department of Orthopedic Surgery at the Mayo Clinic in Rochester, Minn., said in a press release. “The novel finding in our investigation is the increased association between running and arthritis in competitive, but not in recreational, runners.”

The study was published in the Journal of Orthopedic & Sports Physical Therapy. 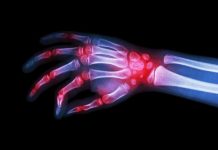 Doctors urge shingles vaccine to be used in arthritis patients 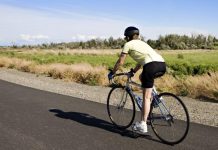 Study: Biking to work may lower risk for disease, death