Lyme disease, prevalent across the northeastern United States and the Great Lakes region, is transmitted through a bite by a tick infected with the bacterium Borrella burgdorferi and can cause fever, headaches, fatigue and skin rash.

The study found that people in the northeastern United States will make 1 billion fewer trips to the outdoors hiking in the woods or trips to parks, causing approximately $2.8 billion to $5 billion in lost revenue every year.

“Lyme disease has been around for a few decades but still has a big cost to society,” Eli Fenichel, an assistant professor at the Yale School of Forestry & Environmental Studies, or F&ES, said in a press release. “But the cost is not what people spend on doctors, or medicine, or even bug spray. These are costs that everybody incurs because we’re all choosing second-choice activities to avoid getting Lyme disease. It’s a lot of people making very small changes, but in such a densely populated region that has major impacts.”

Researchers analyzed data from the American Time Use Survey, a U.S. Bureau of Labor Statistics project that shows how people spend their time, and the Centers for Disease Control and Prevention from 2003 to 2012, to determine the impact Lyme disease has on human behavior.

The study showed that the average person spent 1.54 fewer minutes outside per day in response to the average 72.17 Lyme disease cases reported to the CDC, or about 9.41 hours annually.

“People are giving up trips, and it’s not just hiking and camping in the woods,” Kevin Berry, a former postdoctoral scholar at F&ES, said. “It’s trips to the park, soccer games, or walks and bike rides in places where there are stands of trees and tall grasses … a wide variety of activities pretty much anywhere in this part of the Northeast that’s outdoors.”

According to Fenichel, Lyme disease represents one of many environmental problems and can have minor impacts on people, but may place profound costs on society.

The study was published in Environmental and Resource Economics. 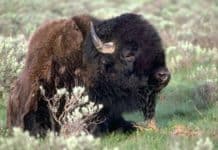 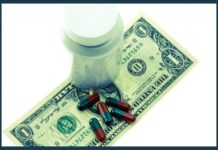