RESEARCH TRIANGLE PARK, N.C., Aug. 14 (UPI) — Medicare patients who live in more remote areas are less likely to receive follow-up care after leaving the hospital than those who live in larger, urban areas, according to a new analysis of beneficiary data.

“Consistent with previous [research] on safety-net and low-volume hospitals, our study finds that rural hospitals serving elderly Medicare beneficiaries may be disproportionately penalized under this program,” said Dr. Matthew Toth, a researcher at RTI International, in a press release. “If so, poor readmission outcomes among these hospitals may be exacerbated.”

Researchers at the University of North Carolina reviewed records collected as part of the Medicare Current Beneficiary Survey for 12,000 Medicare-eligible patients who were admitted to the hospital between 2000 and 2010.

Compared to urban areas, they found that patients who lived in small rural areas had a 44 percent higher chance of an emergency room visit 30 days after discharge and a 52 percent higher risk in large rural areas.

The researchers also found that in general unplanned emergency room visits were not drastically different between urban and rural areas until they factored in the location of the hospital instead of the location where a patient lived. Compared to urban areas, patients were 32 percent more likely to be readmitted after discharge from a hospital in a large rural area and 42 percent higher for those in small urban areas.

“A greater understanding of the reasons for these differences would help inform efforts to improve care,” Toth said. “For example, are patients of rural hospitals more likely discharged to under-resourced settings, or are there more likely gaps in post-discharge instructions in the inpatient setting?”

The study is not the first to show that care for patients in rural and urban areas differs, as another recent study showed Medicare patients were less likely to get the best available treatment for a stroke depending on where they lived and what facility they were taken to for treatment.

That study, by the University of Michigan, showed patients were significantly less likely to receive “clotbusting” drugs when being treated for a stroke at a hospital in areas with a lower average income and education level.

Researchers in both studies expressed the need to improve access to care, either by determining better fit medical centers or establishing better guidelines that help existing centers care for patients.

“This study provides evidence of lower rates of post-discharge follow-up care, and higher emergency department use for Medicare beneficiaries in rural settings,” Toth said. “Especially with new ‘pay-for-performance’ programs tying reimbursement to hospital performance on patient outcomes, the results highlight the need for policies to improve follow-up care for patients in rural areas.” 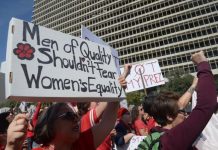 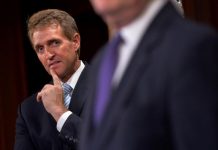 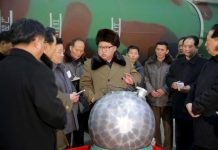