May 9 (UPI) — Researchers at University College London report they are closer to unlocking the genetic causes of type 2 diabetes by identifying 111 new chromosome locations, or loci, on the human genome.

Type 2 diabetes is one of the most widespread metabolic disorders in the world.

Previous studies had identified only 76 loci, and very few of these loci were found in the African-American population, where type 2 diabetes is twice as prevalent as in U.S. descendants of European ancestry.

Along with colleagues at Imperial College London, UCL researchers found 93 loci of the additional 111 were found in both African-American and European populations and just 18 are European specific.

The study found that the additional 111 loci and previously known 76 loci regulate the expression of at least 266 genes that are next to the identified disease loci. The majority were found outside of gene coding regions but coincided with regulatory “hotspots” that change the expression of the genes in body fat.

Studies are being conducted to determine whether these loci alter the expression of the same genes in other tissues such as the pancreas, liver and skeletal muscle associated with type 2 diabetes.

“No disease with a genetic predisposition has been more intensely investigated than type 2 diabetes,” Dr. Nikolas Maniatis of UCL Genetics, Evolution and Environment department, said in a press release. “We’ve proven the benefits of gene mapping to identify hundreds of locations where causal mutations might be across many populations, including African-Americans. This provides a larger number of characterized loci for scientists to study and will allow us to build a more detailed picture of the genetic architecture of type 2 diabetes.”

Researchers analyzed three loci in African American and European populations, finding they overlapped with areas of the chromosome that had multiple regulatory elements and epigenetic markers along with candidate causal mutations for type 2 diabetes.

Researchers plan to target the remaining loci on the genetic maps with deep sequencing to find causal mutations in them.

The study was published in The American Journal of Human Genetics. 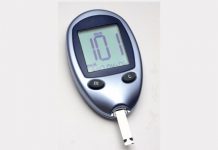