March 17 (UPI) — Splenda, an artificial sweetener, could intensify the symptoms of Crohn’s disease in people who have it, according to a study with mice.

Researchers from Case Western Reserve University School of Medicine in Cleveland found that, over a six-week period, the artificial sweetener compound sucralose worsened gut inflammation in mice with Crohn’s-like disease — but didn’t effect those without the disease. The findings were published Thursday in the journal Inflammatory Bowel Diseases.

“Our findings suggest that patients with Crohn’s disease should think carefully about consuming Splenda or similar products containing sucralose and maltodextrin,” the study’s lead author, Dr. Alex Rodriguez-Palacios, an assistant professor of medicine at Case Western Reserve School of Medicine, said in a press release. “Several studies have examined the ingredients found in this widely available product, separately.”

Crohn’s disease, an inflammatory bowel disease of the digestive tract, can include abdominal pain, severe diarrhea, bloody stools, weight loss and fatigue. An estimated 1.3 percent of adults in the Untied States reported having inflammatory bowel disease, which includes Crohn’s disease or ulcerative colitis, according to the Centers for Disease Control and Prevention. IBD is usually first diagnosed in people in their 20s and 30s.

Splenda — introduced in 1992 by Heartland Consumer Products — has become one of the most popular artificial sweeteners on the market with more than 100 billion yellow packets sold since its inception. The product includes sucralose and a digestible sweetener called maltodextrin, and is about 600 times as sweet as sugar.

The researchers noted that roughly 10 percent to 15 percent of human patients report that sweeteners worsen their disease.

“This is perhaps the closest we can get to provide experimental evidence that these ingredients together induce biological changes known to cause inflammation which could be harmful over time to susceptible animal subjects,” Rodriguez-Palacios said. “Our next step would be to run experiments directly in patients, but that is more difficult to conduct given the large variability that is inherent to human genetics, microbiome and diet.”

In the study, half of the mice belonged to a genetic line that has a form of Crohn’s disease and the others belonged to a healthy mouse line. The researchers found greater numbers of Proteobacteria, a large group of microbes that includes pathogens such as E. coli and salmonella, were found in the intestines of mice drinking water supplemented with Splenda.

Also, the researchers found that Splenda ingestion led to increased myeloperoxidase activity in the intestines of mice with the bowel disease, but not in the healthy mice. Myeloperoxidase is an enzyme in white blood cells that kills various microorganisms.

“This study demonstrates that the sweetener induces changes in gut bacteria and gut wall immune cell reactivity, which could result in inflammation or disease flare ups in susceptible people,” Rodriguez-Palacios said. “On the other hand, the study suggests that individuals free of intestinal diseases may not need to be overly concerned.”

While other factors might also be at play in the chronic inflammation, researchers say the potential that other artificial ingredients may also have an effect on chronic conditions such as Crohn’s disease.

“This suggests that other dietary habits or additives may lead to similar microbiota alterations,” said senior author Dr. Fabio Cominelli, a professor of medicine at Case Western Reserve School of Medicine and chief of gastroenterology at Cleveland Medical Center. “For instance, diet emulsifiers used as food additives have also been shown recently to alter the gut microbiota and promote colitis in mice.

“Other scenarios could put Crohn’s disease patients at risk of having exaggerated inflammation as well,” he said. “This could include unexpected foodborne bacterial infections which would further recruit myeloperoxidase-containing leukocytes to the intestinal tract and the resultant inflammation.” 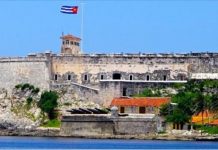 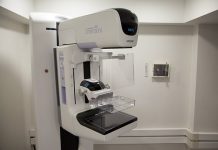 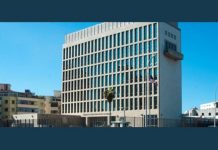