BOSTON, Aug. 24 (Stephen Feller) — Breast is considered best when feeding an infant, however researchers found a group of chemicals called perfluorinated alkylate substances, or PFASs, is transferred to babies through breast milk and builds up in their systems.

PFASs are used in products such as textiles, clothing and paints to make them resistant to water, grease and stains. The chemicals are known to build up near factories that use them and have been linked with reproductive toxicity, endocrine disruption and immune system dysfunction.

“There is no reason to discourage breastfeeding, but we are concerned that these pollutants are transferred to the next generation at a very vulnerable age,” Philippe Grandjean, an adjunct professor of environmental health at Harvard’s Chan School of Public Health, said in a press release. “Unfortunately, the current U.S. legislation does not require any testing of chemical substances like PFASs for their transfer to babies and any related adverse effects.”

Researchers tracked 82 children born in the Faroe Islands between 1997 and 2000, measuring them for levels of PFASs at birth, 11 months, 18 months, and 5 years. The PFASs levels in their mothers also was measured during their 32nd week of pregnancy.

For children who were breast- and formula-fed, children’s levels of PFASs were proportional to the amount of breast milk they consumed when compared to other infants.

The study is published in Environment Science and Technology. 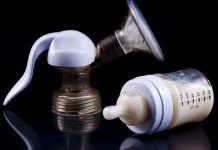 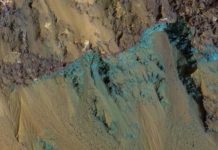