ATHENS, Ga., Dec. 28 (UPI) — Caffeine from coffee may be just as beneficial for athletes’ endurance as caffeine pills, researchers found in a review of studies.

While previous research does show the potential benefits of coffee, researchers who conducted the analysis at the University of Georgia said more research should be done on its efficacy for athletes.

“While there is a lack of high-quality research on coffee as a source of caffeine, there is an abundance of research on pure caffeine,” said Simon Higgins, a doctoral student at the University of Georgia, in a press release. “There’s a perception that coffee won’t give you the same benefits as pure caffeine. New research could mean that athletes could have a cup of coffee versus taking a pill.”

The researchers analyzed nine studies on the effects of caffeinated coffee. In the trials, participants either rode a bike or ran after drinking coffee. Then they exercised vigorously and researchers measured how they did.

Coffee drinkers were reported to have significant improvements in endurance performance observed in five of the nine studies, with an average improvement of 24.2 percent over participants who did not drink coffee. Three of six studies also found coffee reduced perceived exertion among the athletes.

“There is a caveat to athletes using coffee: Be careful because you don’t know how much caffeine is in some coffee, especially when it’s prepared by someone else,” Higgins said, because type and roast of coffee, as well as how it is prepared, can alter the amount of caffeine it contains.

“Athletes should run their caffeine use through their sports dietitian as the NCAA lists it as a banned substance.”

The study is published in the International Journal of Sport Nutrition and Exercise Metabolism. 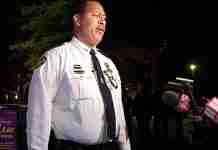