COVENTRY, England, Aug. 19 (Stephen Feller) — Researchers found that while depression does not spread among friends, happiness is contagious in circles of friends and may be the key to treating and preventing depression.

Parents have long been wary of friends who have a bad influence on their children. Using a mathematical model to study teenagers’ influence on each other, researchers have found they can affect each other positively.

“We’ve found that a healthy mood amongst friends is linked with a significantly reduced risk of developing, and increased chance of recovering from, depression,” said Frances Griffiths, a professor at the University of Warwick, in a press release. “Our results offer implications for improving adolescent mood. In particular they suggest the hypothesis that encouraging friendship networks between adolescents could reduce both the incidence and prevalence of depression among teenagers.”

Researchers gathered data from The National Longitudinal Study of Adolescent to Adult Health on the moods of 2,194 teenagers in 7th through 12th grade during the 1994-1995 school year. The participants of the NLSAAH were followed periodically throughout their lives, most recently in 2008.

The researchers who conducted the new study, published in The Proceedings of the Royal Society B, used mathematical models similar to those used to track disease epidemics to follow the way teenagers’ moods spread among groups of friends.

“It could be that having a stronger social network is an effective way to treat depression,” said Dr. Thomas House, a senior lecturer at the University of Manchester. “More work needs to be done but it may be that we could significantly reduce the burden of depression through cheap, low-risk social interventions. As a society, if we enable friendships to develop among adolescents (for example providing youth clubs) each adolescent is more likely to have enough friends with healthy mood to have a protective effect.” 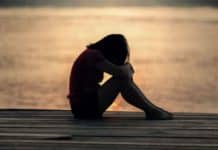 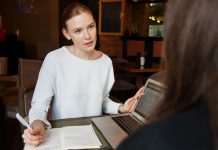