The Airblade has been championed by European public health officials, as well as the company itself, as a revolutionary way of drying hands in public bathrooms based on studies showing it filters out 99.9 percent of bacteria from air it blows around.

The Westminster study echoes another by the same researchers in 2014 that showed the Airblade spread 27 times more bacteria than paper towels, which researchers said reinforces overall concerns about hand dryers — including those raised by Dyson about other methods of drying hands.

“These findings are important for understanding the ways in which bacteria spread, with the potential to transmit illness and disease,” researcher Mark Wilcox said of the earlier study at the time.

“Next time you dry your hands in a public toilet using an electric hand dryer, you may be spreading bacteria without knowing it,” Wilcox said. “You may also be splattered with bugs from other people’s hands.”

For the February study, the researchers put on gloves and washed their hands in a suspension of bacteriophages — viruses that infect bacteria — drying them with either paper towels, a regular air dryer and a jet air dryer similar to the Airblade.

The researchers found the jet dryer spread about 60 times more viruses than a regular air dryer and 1,300 times the viruses spread by paper towels. The Airblade also spread viruses much farther than the other methods, about three meters across the room, while a regular dryer spread air 75 centimeters and hand towels spread it 25 centimeters.

Although Dyson has criticized previous research on the Airblade to be propaganda from the paper towel industry, the researchers said the fact is all methods of hand drying spread germs and people should be aware of it. 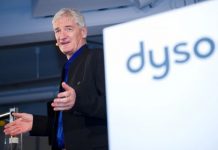 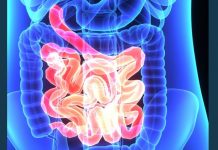