March 29 (UPI) — Research at Columbia University’s Mailman School of Public Health has found that heroin use and heroin use disorder has increased during the last decade.

The study, published in JAMA Psychiatry, showed the greatest increase in heroin use and nonmedical use of prescription opioids before heroin use among whites.

In response to the growing epidemics of both prescription opioids and heroin, New Jersey Gov. Chris Christie has been tapped by President Donald Trump to chair a special commission to look at the opioid epidemic across the United States.

“This is an epidemic in our country,” Christie said Wednesday. “Addiction is a disease. We need to treat it that way and we need to get people the help that they need to renew their lives and help become productive members of society and our families.”

Researchers in the new study analyzed data from two nationally representative surveys of 79,402 respondents to identify changes, patterns and demographics linked to heroin use.

Researchers also found increases in the prevalence of people who reported misusing prescription opioids prior to using heroin increased among white users only from 35.83 percent in 2001-2002 to 52.83 percent in 2012-2013.

Although previous research has suggested prescription opioid misuse or abuse is not necessarily connected to eventual heroin use, studies have shown those who misuse opioids are about 40 times more likely to eventually abuse heroin. 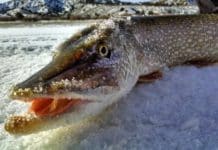