March 23 (UPI) — Researchers at the University of Arizona found an association between sleep deprivation and the ability to recognize facial expressions.

The study was based on data from 54 participants who were shown photographs of the same male face with varying degrees of fear, happiness, sadness, anger, surprise and disgust.

Researchers found that participants who were deprived of sleep for one night had a harder time identifying facial expressions of happiness or sadness compared to when they were rested.

Participants’ ability to identify anger, fear, disgust or surprise were not impaired even if sleep deprivation was a factor.

“If someone is going to hurt you, even when you’re sleep deprived you should still be able to pick up on that,” William D.S. Killgore, a professor of psychiatry, psychology and medical imaging at the University of Arizona, said in a press release. “Reading whether somebody is sad or not is really not that important in that acute danger situation, so if anything is going to start to degrade with lack of sleep it might be the ability to recognize those social emotions.”

Researchers found that blatant facial expressions such as an obvious grin or frown were easily identifiable regardless of sleep deprivation or not. Sleep deprived participants had a more difficult time recognizing subtle expressions of happiness or sadness compared to other emotions. After they were allowed to recover sleep, their performance in recognizing happiness and sadness improved to baseline.

“As a society, we don’t get the full seven to eight hours of sleep that people probably need to be getting,” Killgore said. “The average American is getting a little less than six hours of sleep on average, and it could affect how you’re reading people in everyday interactions. You may be responding inappropriately to somebody that you just don’t read correctly, especially those social emotions that make us human. Or you may not be as empathic. Your spouse or significant other may need something from you and you’re less able to read that. It’s possible that this could lead to problems in your relationships or problems at work.”

The study was published in Neurobiology of Sleep and Circadian Rhythms. 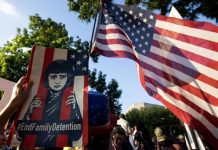 Trump administration to lift limits on detention for migrant families 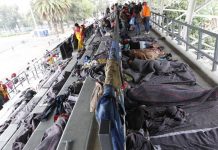