LONDON, Aug. 25 (UPI) — A study of seniors in inner-city London found that 1 in 5 people over age 65 engage in unsafe levels of drinking, with many consuming the equivalent of a bottle of whiskey per week.

Researchers at King’s College London found those who drank the most were younger, white, male and of a higher socioeconomic and educational background. They cautioned the study may not apply to other ethnic and sociological demographics because of the study’s focus on one particular area.

“As the Baby Boomer generation become seniors, they represent an ever increasing population of older people drinking at levels that pose a risk to their health,” said Dr. Tony Rao, a researcher at the Institute of Psychiatry, Psychology and Neuroscience at King’s College London, in a press release. “This study shows the need for greater awareness of the potential for alcohol related harm in older people, particularly those of higher socio-economic status, who may suffer the consequences of ill health from alcohol at an earlier age than those in previous generations.”

Researchers analyzed health records for 27,991 residents of Borough of Lambeth in London who were 65 years or older, identifying 9,248 who drink. Of those, 21.4 percent, 1,980 people, were found to drink at unsafe levels based on the records.

“Based on our findings, the elderly who were most at risk were those from the white British population rather than from an ethnic minority,” said Dr. Mark Ashworth, of the Division of Health and Social Care Research at King’s College London, “and those who were wealthier and better educated rather than those from a more deprived background.”

The study is published in the British Medical Journal. 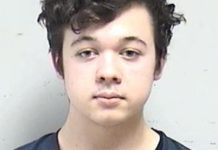 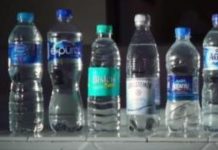 After study, WHO to examine plastic particles in drinking water