NEW YORK, Aug. 11 (UPI) — Donated eggs frozen and used for in vitro fertilization lead to live births less often than those that have never been frozen, though researchers said the difference between the two is small.

Researchers at the Center for Human Reproduction in New York reviewed data from the 380 fertility centers in the United States, which are responsible for 92 percent of all IVF cycles. The research is from 2013, the first year the American Society for Reproductive Medicine said that oocyte cryopreservation, or freezing donated eggs, was no longer considered an experimental procedure.

In 2013, the researchers found that about 20 percent of the 11,148 IVF cycles performed that year used preserved eggs.

There was also a slight difference between how many embryos women had transferred, as women using frozen eggs transferred an average of 1.6 embryos per IVF cycle and those using fresh eggs had 1.7 transferred.

The data applies specifically to donor eggs, not to women who froze their own eggs for later use. Most women who freeze their eggs are not as young or healthy as those who are screened for donation, so pregnancy rates likely be effected by their specific health situation.

“The reasons for lower live birth rates with use of cryopreserved oocytes remain to be established,” the researchers wrote in the study, published by the Journal of the American Medical Situation. “One possible explanation is less opportunity for proper embryo selection due to smaller tarting numbers of oocytes, leading to fewer embryos available for transfer. Alternatively, oocyte quality may be negatively affected by cryopreservation and thawing.” 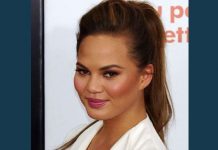