DALLAS, Dec. 26 (UPI) — A hormone found in the liver has the ability to reduce sweet and alcohol cravings in mammals, a recent study found.

UT Southwestern Medical Center researchers found the hormone, fibroblast growth factor 21, works through the brain’s reward system to weaken cravings. It is induced in the body by extreme cold temperatures, sudden changes in diet and in carbohydrate consumption.

The study, published Thursday in the journal Cell Metabolism, represents one of an increasing number of links between the liver-borne hormone and the nervous system, the university said. With further research, the hormone FGF21 may present new possibilities for the treatment methods of certain addictions and type 2 diabetes, researchers found.

“Our findings raise the possibility that FGF21 administration could affect nutrient preference and other reward behaviors in humans, and that the hormone could potentially be used to treat alcoholism,” co-senior author of the study, Dr. Steven Kliewer, said in a statement.

During the study, researchers found that mice with higher levels of the hormone exhibited a lessened preference for sweetened water and alcohol-laced water.

Findings establish a deeper-known connection between FGF21 and the nervous system. After four studies of the hormone, researchers at the Mangelsdorf-Kliewer laboratory have asserted its ability to regulate metabolism, female reproduction and the body’s internal clock.

“The finding that FGF21 acts via the brain was completely unexpected when we started down this path of investigation a dozen years ago,” Kilewer said. “These findings suggest that additional studies are warranted to assess the effects of FGF21 on sweet and alcohol preference and other reward behavior in humans.” 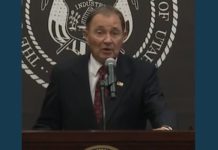 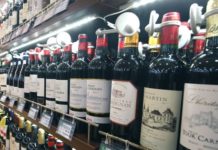