BETHESDA, Md., Aug. 12 (UPI) — A significant number of women at reproductive age experience pelvic pain that goes unreported and untreated, according to a new study.

For many of the women in the study, their pain could be explained because of endometriosis, however more than a third of them reported some type of regular pain despite not having a pelvic condition.

“Our study suggests that many reproductive-age women are experiencing but not reporting some form of pelvic pain,” said Dr. Karen Schliep, of the National Institute of Child Health and Development, in a press release. “If they aren’t doing so already, gynecologists may want to ask their patients if they’re experiencing pain, as well as the type and precise location of the pain, and offer treatment as appropriate. Similarly, women should let their doctors know if they’re in pain.”

Researchers in the study surveyed 473 women between the ages of 18 and 44 before they had either surgery or an imaging procedure for pelvic-related concerns such as pain, a mass or lump in the pelvic region, infertility, menstrual irregularities, or for tubal sterilization.

The women were asked before surgery about their pain experience in the previous six months and whether 17 specific types of pain related to sex, menstruation, and others such as muscle or joint pain. More than 30 percent of the women reported some type of chronic pain, or cyclic pain that coincided with their menstrual cycle.

Women were asked to indicate on a diagram the areas where they felt pain. The color-coded blocks show the number of women reporting pain, ranging from the least pain, in blue, to the most pain, in red. Photo by Human Reproduction/National Institutes of Health

Women diagnosed with post-operative endometriosis had more cyclic pain than those with other gynecologic disorders or a normal pelvis. Of those with endometriosis, 44 percent percent had the most chronic pain, as compared to 30 percent with another pelvic condition.

“Future research should explore causes of pelvic pain among women who seek out gynecologic care but with no apparent gynecologic pathology,” researcher wrote in the study, published in Human Reproduction. “Given our and other’s research showing little correlation between pelvic pain and American Society for Reproductive Medicine staging [criteria] among women with endometriosis, further development and use of a classification system that can better predict outcomes for endometriosis patients with pelvic pain for both surgical and nonsurgical treatment is needed.”f`1 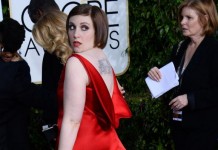