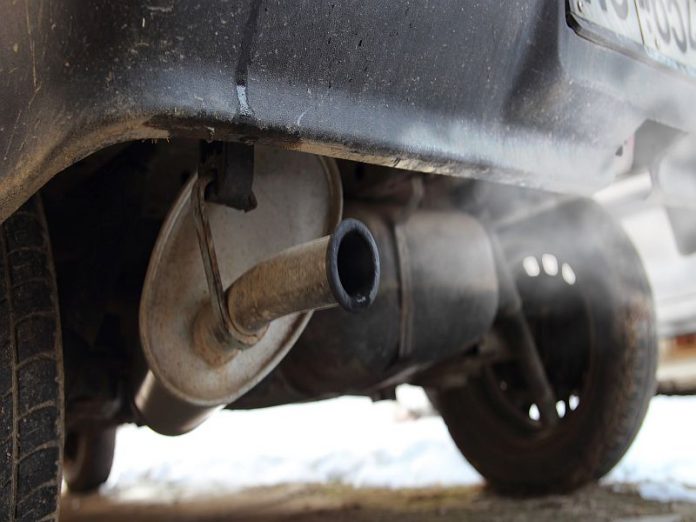 WEDNESDAY, Feb. 1, 2017 (HealthDay News) — Air pollution may cause more than just lung disease: New research suggests that if tiny particles in the air from power plants and cars are inhaled, they might also invade the brain, increasing the risk for dementia.

“Although the link between air pollution and Alzheimer’s disease is a new scientific frontier, we now have evidence that air pollution, like tobacco, is dangerous to the aging brain,” said study co-senior author Caleb Finch. He’s with the University of Southern California’s (USC) Leonard Davis School of Gerontology.

For the study, the USC scientists collected samples of air particles with technology designed by university engineers. The researchers used the technology to expose female mice to air pollution.

“Our state-of-the-art aerosol technologies, called particle concentrators, essentially take the air of a typical urban area and convert it to the air of a freeway or a heavily polluted city like Beijing,” study co-author Constantinos Sioutas, a professor of civil and environmental engineering, explained in a university news release.

“We then use these samples to test exposure and assess adverse neuro-developmental or neuro-degenerative health effects,” he added.

The mice carried a certain genetic variation, called the APOE4 gene, which increases the risk for Alzheimer’s. After being exposed to air pollution for 15 weeks, the mice had 60 percent more amyloid plaque, the clusters of protein associated with the degenerative disease, the researchers said.

They also analyzed data on more than 3,600 3U.S. women between the ages of 65 and 79 years from 48 states. None of the women had dementia when the study began.

After considering certain variables — such as race, ethnicity, lifestyle and health — the researchers found older women living in areas where miniscule air pollution particles exceed federal safety standards may be at 81 percent higher risk for cognitive decline. They may also face a 92 percent greater likelihood of developing dementia, including Alzheimer’s disease.

The negative effects of air pollution on the brain were particularly notable among the women who the APOE4 gene, the study authors added.

The research was published Jan. 31 in the journal Translational Psychiatry.

If their findings were extended to include the general population, the study’s authors calculate that air pollution might be to blame for about 21 percent of all cases of dementia.

The research comes with several caveats. First, it did not prove that air pollution causes the risk of dementia to rise. Second, studies involving animals frequently fail to produce similar results in humans.

Finch said: “Microscopic particles generated by fossil fuels get into our body directly through the nose into the brain. Cells in the brain treat these particles as invaders and react with inflammatory responses, which over the course of time, appear to exacerbate and promote Alzheimer’s disease.”

Jiu-Chiuan Chen, co-senior author of the study, said, “Our study — the first of its kind conducted in the U.S. — provides the inaugural scientific evidence of a critical Alzheimer’s risk gene possibly interacting with air particles to accelerate brain aging.”

“The experimental data showed that exposure of mice to air particles collected on the edge of [the] USC damaged neurons in the hippocampus, the memory center that is vulnerable to both brain aging and Alzheimer’s disease,” added Chen, who is an associate professor of preventive medicine at USC’s Keck School of Medicine.

Less than one-third of all U.S. counties have ozone or particle pollution monitors, according to the American Lung Association. The group notes that six of the 10 most polluted U.S. cities are in California. The USC researchers said the findings could have global implications because pollution has no borders.