The Utah County Health Department Mosquito Abatement District detected the virus in a pool in the Footprinter Park area in Provo, according to a news release.

A mosquito pool is a group of mosquitoes caught and tested from a single trap.

In addition, the Southeast Utah Health Department announced in a news release the first human-contracted case of West Nile virus in Carbon County this year.

This follows three other confirmed cases in the same district, in Grand County, bringing the total human-contracted cases in Utah this year to seven.

“If a person is infected by West Nile virus, the risk of serious disease is low,” a press release from SUHD said. “Most of those affected will have a mild to severe flu-like illness with muscle aches, fever, rash, and headache that usually lasts a few days but can last months.”

Other Stories of Interest:  Sandy City will reopen sports courts for use by individuals and families

In rare cases, those infected may get meningitis or encephalitis, the press release said. Those at greatest risk of serious disease are those with weakened immune systems, diabetes, high blood pressure or kidney disease.

The elderly are at greatest risk for severe complications. The overall death rate
is about one for every thousand infected individuals.

There is no specific treatment for West Nile virus infection other than to treat symptoms, the press release said.

On Tuesday, the TriCounty Health Department announced a confirmed case of human-contracted West Nile virus within the Uintah Basin.

The only case of neuroinvasive West Nile virus, a more severe form of the disease, was the case in Salt Lake County.

The affected individuals were not identified due to medical privacy laws.

Anyone who thinks they have West Nile virus symptoms should contact their healthcare provider. 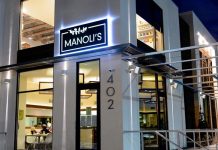