CLEVELAND, Ohio, March 10, 2016 (HealthDay News) — The first U.S. woman to receive a transplanted uterus has had the implanted organ removed due to an unnamed “sudden complication,” her doctors at the Cleveland Clinic announced Wednesday.

“At this time, the circumstance of the complication is under review and more information will be shared as it becomes available,” the hospital said in a statement.

“There is a known risk in solid organ transplantation that the transplanted organ may have to be removed should a complication arise,” the clinic added. “The medical team took all necessary precautions and measures to ensure the safety of our patient.”

The patient is a 26-year-old woman, identified only as Lindsey. Along with her husband Blake, she has adopted three children, but always longed to give birth to her own child.

“At 16, I was told I would never have children. From that moment on,” she said in a news conference held Monday, “I prayed that God would allow me the opportunity to experience pregnancy.”

Unfortunately, the loss of the implanted organ has set back that dream, Lindsey said in a statement issued Wednesday.

“I just wanted to take a moment to express my gratitude towards all of my doctors,” she said. “They acted very quickly to ensure my health and safety. Unfortunately, I did lose the uterus to complications. However, I am doing OK and appreciate all of your prayers and good thoughts.”

The transplant surgery took place Feb. 24 and the Cleveland Clinic doctors who performed it said they plan more of the procedures as part of a research study. The uteruses will come from deceased organ donors. In Lindsey’s case, the uterus came from a woman in her 30s who died suddenly.

“The study, which has been planned to include 10 women, is still ongoing with a commitment to the advancement of medical research to provide an additional option for women and their families,” the Cleveland Clinic said on Wednesday.

Speaking at the Monday press briefing, Lindsey’s doctors stressed that any pregnancy involving the transplant couldn’t have been attempted for at least one year.

“Uterine transplant is not just about moving a uterus from here to there. It’s about having a healthy baby,” Dr. Rebecca Flyckt, an ob/gyn surgeon at Cleveland Clinic, said at the news conference. “That goal [would still be] a couple of years away.”

Before the transplant, Lindsey had six to 10 of her eggs harvested, fertilized with her husband’s sperm, and frozen. After a year, these embryos would have been implanted in her transplanted uterus, with the goal being a cesarean delivery nine months later.

After two such pregnancies, the transplanted uterus would have been removed or allowed to wither and disappear on its own, her doctors said.

Embryo transplants are used in this process because the fallopian tubes, which carry a fertilized egg to the uterus, are missing.

The doctors said they are putting a limit on how long a transplanted uterus remains in the body because women have to take powerful drugs to prevent the body from rejecting the uterus, and they do not want women to have to take these drugs their entire life.

Although this is the first U.S. uterus transplant, the technique was pioneered in Sweden. As of last September, nine transplants have been performed, resulting in five pregnancies and four births. The children born to these women are all doing well, the Cleveland Clinic researchers said during the news conference.

In Sweden, the transplanted uteruses were all from live donors.

About one in 5,000 women is born without a uterus.

The hope is that uterus transplants will give women without a uterus another option beyond adoption or surrogacy, Dr. Ruth Farrell, a bioethicist at Cleveland Clinic, said during the news conference.

“Despite the name uterine transplant, the focus is not on the uterus, it’s on women and children and families,” she said. 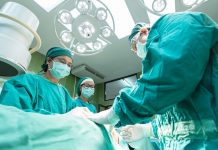 8 children have been born after uterus transplants 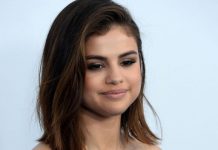 Selena Gomez says she had kidney transplant due to lupus 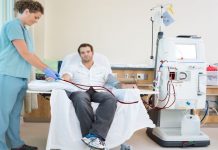 Study: Doctors discarding healthy kidneys that could save lives