WASHINGTON, Jan. 23 (UPI) — An unexpected boost in sales of previously owned homes in December wrapped up the best year since 2006.

The National Association of Realtors said existing home sales shot up 14.7 percent in December. Total home sales for 2015 topped out at 5.26 million.

Bloomberg Business reported the year-end upshot was due in part to warmer weather throughout 2015, but also industry adaptation to new mortgage regulations which had delayed closings in November.

NAR said inventories of existing homes dropped 12 percent to 1.79 million in December, the lowest level in nearly a decade.

However, new home construction has not kept pace with demand, resulting in rising prices and tight supply. 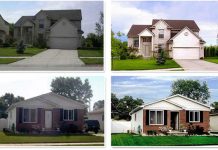 Picture this: how photos are selling homes quickly and for the asking price